Home > Blog > Tea > What Tea to Order For Dim Sum?
A Cantonese tea tradition, Dim Sum serves up delicious foods, aka "delicate touching hearts." Find out how to pick your best brew. To Yum Cha!

Yum Cha (“drink tea” in Cantonese), aka Dim Sum (“delicate touching hearts,” referring to “delicacies for the stomach” in Cantonese), is a classic Cantonese tea tradition. Think of Dim Sum as a Chinese tea service made for breakfast, brunch, and lunch.

Dim Sum originated in Canton, now Guangzhou. A metropolitan port city located on the southern coast of China. Hailed as China’s gastronomic capital, Canton played a significant role in the tea trade during the Qing dynasty (the 1600s to mid-1800s).

The custom of tea drinking began in China’s southern regions, where tea cultivation originated thousands of years ago. Tea houses served up tea.

By the 10th century (Song dynasty), the Cantonese people started to take food with tea. And Dim Sum was born.

Yum Cha (drink tea in Cantonese) is a tea service complimented by savory or sweet delicacies. These Chinese hor d’euvres or tapas are called Dim Sum (delicate hearts in Cantonese).

By the Yuan dynasty, 13th century, Dim Sum received a royal following as the imperial court fled to southern China during the Mongol invasion.

On the other side of the globe, the British took their first sip of Chinese tea around the mid-1600s. Two hundred years later, Afternoon tea bubbled up in London.

Dim Sum, a thousand-year-old Cantonese tea tradition, has become a gastronomic experience worldwide. Chinese chefs innovate and expand the Dim Sum menus, serving up more than 1,000 delicacies that include a wide array of other Chinese regional favorites.

A classic Cantonese food fest, Dim Sum is the go-to venue for social gatherings of all types: family, friends, or deal-making. When I first arrived in Hong Kong working for a Hollywood studio, the abundance of Dim Sum restaurants made my head spin with delight. Who doesn’t like tasty little surprises roll up on a steamy cart? Dim Sum is classic Hong Kong, just like “The World of Suzi Wong.”

I love Dim Sum because it’s FUN and comes with a broad spectrum of tastes and flavors. Have you tried soup-filled dumplings, BBQ pork buns, chicken feet?

“Dim Sum is a food religion for Cantonese.”

A response of, “Erh, hot?” will send your waiter tumbling off of a proverbial cliff, returning with a blank stare. Not a good start to a gastronomical experience.

I grew up in Hong Kong, where Dim Sum is an island-wide tradition. Every Sunday, families and friends gather for Yum Cha to swap Dim Sum stories. Business people meet over Dim Sum to seal deals.

What Tea Is Best For Dim Sum?

Picking a good pot of tea is essential for Dim Sum. Because you’ll be drinking this tea for the entire meal, which often lasts 2 to 3 hours, so let’s get down to brass tacks.

As you walk into the bustling hustling scene at a Dim Sum restaurant, you’ll be confronted with the first question from your waiter before you even sit down:

A response, “Erh, hot?” would send your waiter tumbling off of a proverbial cliff, returning with a blank stare. Not a good start to a gastronomical experience.

Here are some ideas to help make this tea adventure more delightful.

First, how many types of tea are there? Tea comes in six major categories: 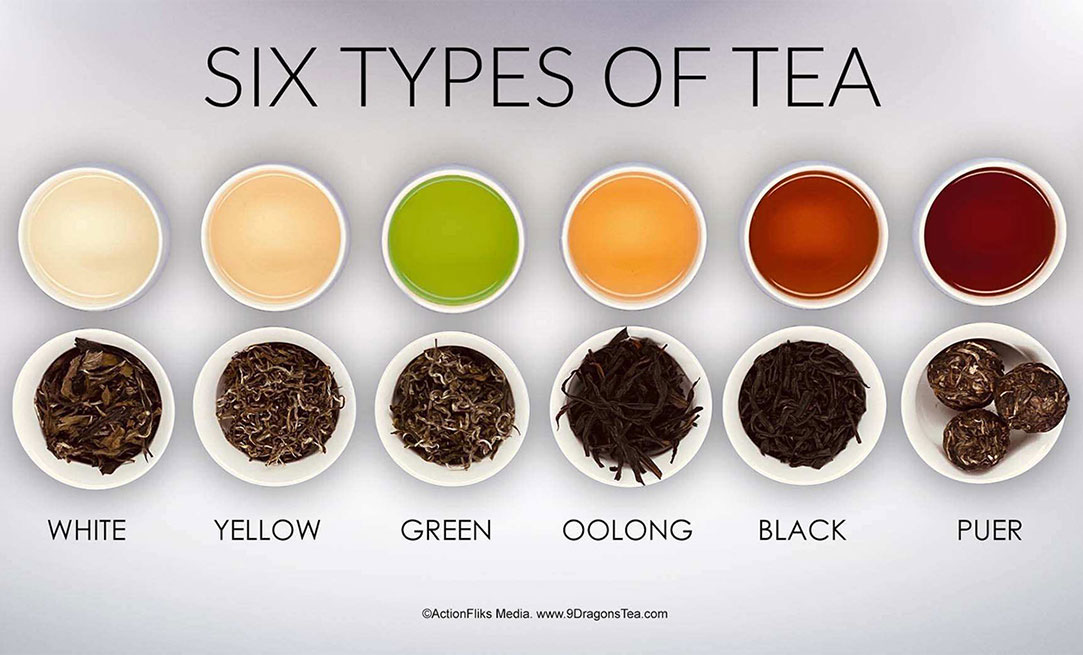 Depending on the restaurant owner’s savviness for tea, the offering of tea or “cha” in Cantonese varies. Let’s look at some popular choices offered in traditional Cantonese restaurants. 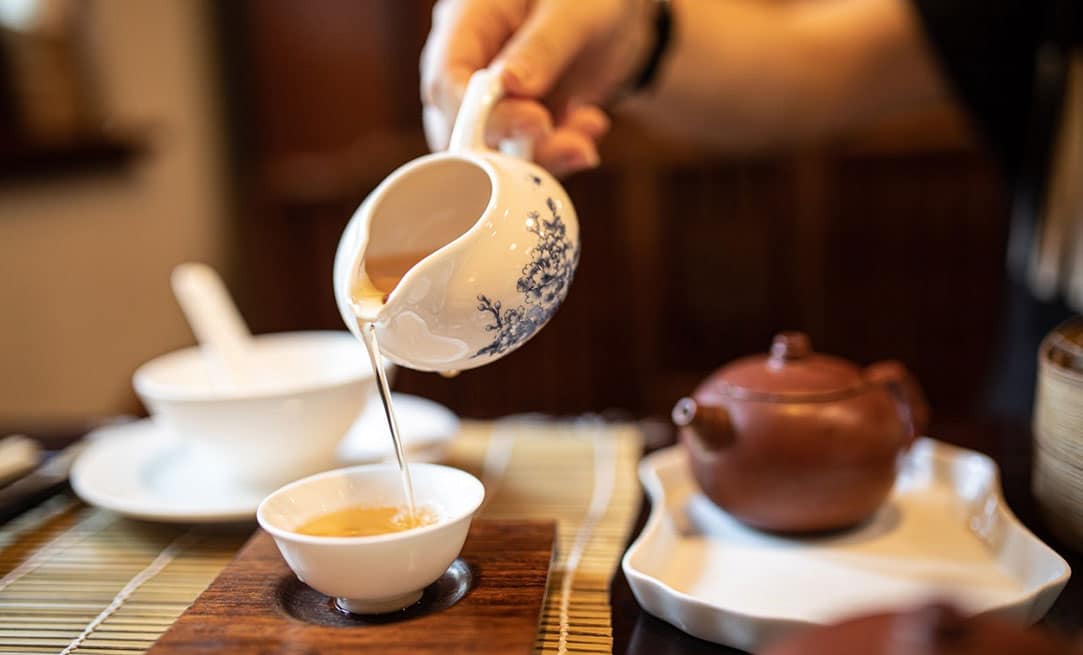 Aside from the above teas from the six tea categories, Cantonese classics listed below are always available for choosing:

Nearly all Cantonese restaurants offer this caffeine-free herbal tea, brewed from the dried flowers of Chrysanthemum.

Called “Gok Fa Cha” in Cantonese, this tea is hugely popular in southern China. Why? Because of Chrysanthemum flowers come with health benefits and is caffeine-free.

According to Chinese herbal medicine, Chrysanthemum tea offers a cooling property that lowers one’s internal heat and reduces inflammation, the primary culprit for illnesses. Read more about the health benefits of Chrysanthemum.

Chrysanthemum tea is my mother’s go-to tea at any Chinese restaurant.

Peasant tea equals hot water. No joke. During the Cultural Revolution (1949-1976), tea was shunned, abolished as a feudalistic practice. The government shut down all the tea factories and prohibited tea drinking.

Still today, I find it mind-boggling – and ironic – how the Chinese people managed to survive the Cultural Revolution without drinking tea after thousands of years of tea-sipping?

Back in those tea-less days, people boiled water to pretend it’s tea. Drinking hot water or Guan Shui in Cantonese became an unshakable habit. I find it funny whenever I see Chinese ordering boiled water in a Western-food place, such as an Italian restaurant.

However, no Chinese servers would think odd for someone to order hot water in a Chinese restaurant. There are also health benefits of drinking hot water. For one, it’s better than iced water. Cantonese people would only drink hot, warm, or room temperate water. Iced water? No way. Why? Because iced water cools down the stomach. God forbid. One’s stomach should always be warm.

What are the popular tea choices?

For Chinese, especially the older generation, Pu-erh tea or Puer or Bo Lei in Cantonese is the go-to tea. Why? Because of Pu-erh’s legendary health benefits.

Chinese people believe Pu-erh tea can cut grease like no other teas, and more importantly, Pu-erh is known to lower cholesterol, among many other health benefits. Learn more about Pu-erh tea’s health benefits here.

Despite this popular belief, I recommend taking the path less traveled and skipping Pu-erh tea in all Chinese restaurants. Here’s why:

Pu-erh tea, aka Hei Cha in Chinese, is a dark tea. The bottomless crimson color tea makes Pu-erh vulnerable to tampering. One never knows the quality of Pu-erh until it’s brewed and tasted.

So, unfortunately, many restaurants use low-grade Pu-erh tea to cut costs. However, if you can find it, high-quality Pu-erh tea is divine.

Consider this: a well-aged Pu-erh tea comes with an exorbitant price tag, costing $50 to $100 per gram, some even more than $500 per gram (for collectors). Each teapot takes about 4 to 8 grams of tea leaves, depending on the desired strength.

Since Dim Sum restaurants price tea at $3 to $5 per teapot or per person, what is the likelihood of getting a quality pot of Pu-erh tea in a mid-ranged restaurant or even a pricey Chinese eatery?

“My tea policy—stay clear of Pu-erh at Chinese restaurants.”

What Is the best tea to order at Dim Sum?

It’s like asking what wine to pair with a meal. It depends on your palate.

For Dim Sum, I recommend the following tea choices:

For people who want decaffeinated or herbal tea, Chrysanthemum tea is a pure delight, as chrysanthemum flowers are known for their “cooling” property.

I hope these tea tips help you navigate your next Dim Sum adventure!

So when asked “What kind of tea would you like?” at Dim Sum, simply reply,
“What are the tea offerings, please?” and go from there.

If you find this article helpful, please drop me a line. Got a suggestion for a great Dim Sum place near you? Do share!

To follow my tea adventure, sign up for our newsletter to receive a fresh tea refill straight into your Inbox. Until we sip tea again, cheers! 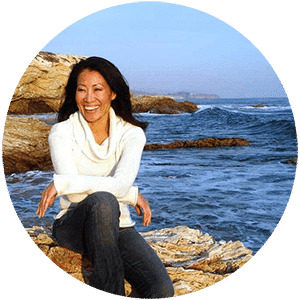 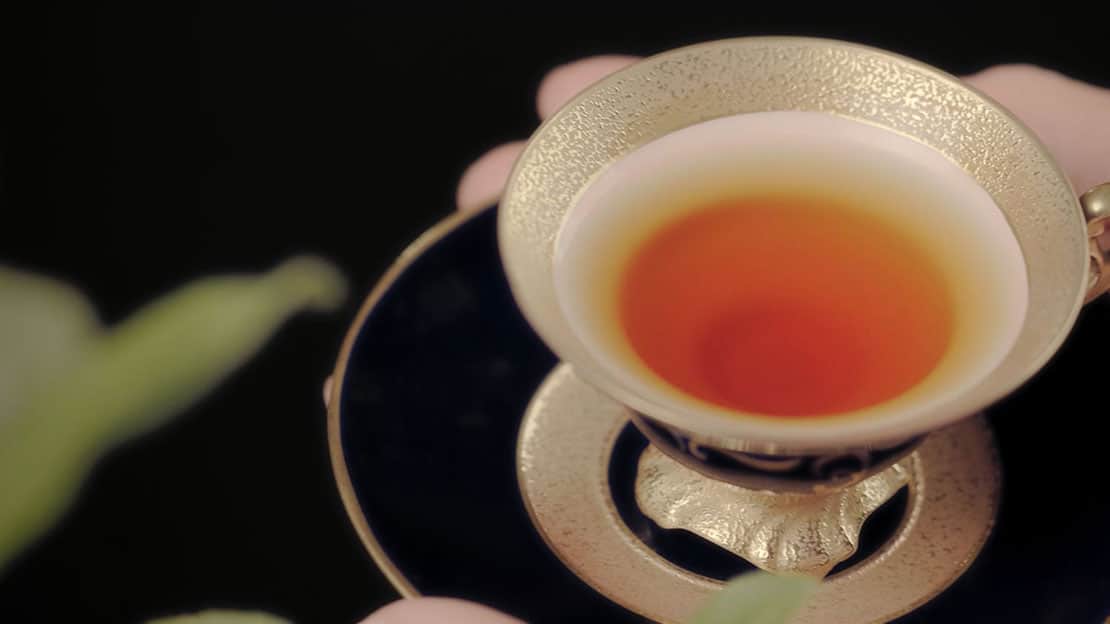