HISTORY OF TEA IN INDIA

History of tea in India - Buried secrets no one talks about

When and how did tea start in India? What is the origin of tea cultivation in India? There is plenty of writing here and there, but the stories don’t add up.

After months of research, the pieces of the puzzle start to come together. Check out the image labeled “Assam Tea-Making” below, and you’ll see why the question “how tea came to India” is a mystery awaiting to unfold…

This historical picture is dated back to 1850s and seems to document the tea-making process in a tea-plantation in India. It was drawn by British artists. If you were to look just a little bit more carefully, however, the picture tells a very different story.

Turns out, the tea-makers in the artwork were not Indian. These were all Chinese tea-makers. And they were smuggled into India to teach Indians how to cultivate, manufacture and process tea to kickstart the India tea industry.

During the Qing dynasty, Chinese males were required to wear a signature hairstyle, known as “the queue”. This “tell-tailed” sign indeed clarifies this aged-old question, which is often shrouded in darkness.

How did the British East India Company pull off a tea hunt when foreigners were not allowed to travel beyond the coastal treaty ports around the mid-1800s?

This story makes a fascinating chapter in 9 DRAGONS TEA, unearthing a long-forgotten tale of corporate espionage by the British East India Company. In the world of tea, the story of how tea came to India took many twists and turns and was rarely addressed openly. It exposes a dark past, involving shameful acts such as stealing, spying, smuggling and much more. Be sure to join our mailing list for 9 DRAGONS TEA for screening updates to watch the whole story

In short, commercial tea cultivation started in India in 1856, after Robert Fortune’s tea raid in China. Then tea spread within the British empire to Ceylon (now Sri Lanka) and Kenya.

How Tea Came to England

A Love Affair That Brought Wars… 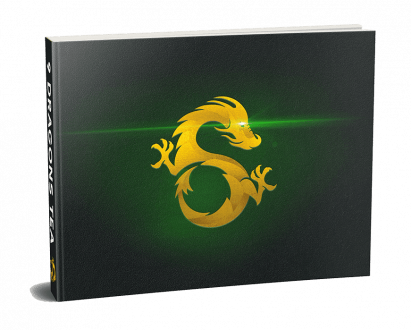